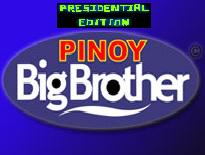 It was reported a few days ago that the budget for the refurbishment of the more than 80,000 precinct count optical scan (PCOS) machines that will be used for next year’s presidential elections has been raised from ₱2.07 billion to an astonishing ₱3.13 billion. Wow. Imagine that. It’s just for refurbishment. But Commission on Elections (COMELEC) chief Christian Robert Lim even boasted that this move is the most cost effective option by the said constitutional commission for next year’s automated election system.

Will that humongous amount even be worth it? Of course it remains to be seen. However, we here at FILIPINO eSCRIBBLES do not concur with this cost effectiveness. Besides, those billions of pesos could have been used for more poverty alleviating projects. Other than that, it was reported recently that COMELEC is planning to hold voting in malls during next year’s elections for the sake of convenience. Nice.

The way we see it, the most cost effective and convenient option we see fit is to have all our presidentiables live inside “Bahay ni Kuya“.

For the past decade, this reality show has had several iterations: Celebrity Edition, Teen Edition, Unlimited, etc. We thought of coming up with something different, something that is more noble, and certainly something that is not only cost effective but transparent and convenient to all voters. So why not COMELEC, ABS-CBN, and other related government agencies team up together to form Pinoy Big Brother: Presidential Edition? Instead of having these noble and dignified presidentiables launch costly and “security nightmare” campaigns, have them stay inside the PBB house during the campaign period, preferably for a period of two to three months. The whole country (and the rest of the world) will be able to see these “presidential housemates” together under one roof, seeing their true colors while performing weekly tasks related to the coveted presidential throne. We’ll see them interact with one another on a 24/7 basis through live streaming, witness them dance the nae nae upon waking up every morning, that sort of thing. The last man (or woman) standing, or that person who would survive succeeding evictions, will be declared as the President of the Republic of the Philippines. Viewers, of course, will be asked to vote via SMS, voice messaging, Facebook likes, or even tweets, for whoever they wanted to stay longer in the house. Presidential housemates can also vote for those they would like to evict on occasions to be decided by Kuya, whoever that pr!ck is (it’s probably Eugenio López III himself using a voice changing device for all we know).

So far, those who have already confirmed their candidacy, including those who are still playing coy f0r the position, are as follows:

On day one, Bínay will be immediately evicted by both viewers and presidential housemates for obvious reasons — nobody likes him. Not even Kuya himself. It will be a record first in PBB for being the earliest eviction ever.

Before the second eviction takes place, Defensor-Santiago will certainly walk out (nothing new, really), but not without blurting out her disapproval:

“This electoral contest is a travesty of the highest order!” we could almost hear her complain. “It is a grave insult not only to my intellect but to the intellect of the general viewing public who deserves better! Thus, I would like to invoke my right to gracefully exit this discombobulating patchwork of pastel-colored cardboards that you call a house!”

All the housemates will also gang up on Duterte by evicting him after the latter played with a knife and pointed it directly at Bongbong due to some light argumentation about human rights abuses.

In one episode, Lacson will reveal to newfound BFF Poe what televiewers have been suspecting all these years:

Kuya will forcefully have to pull out Escudero from the list of presidential housemates because ABS-CBN’s hugely popular reality television singing competition will lose Bamboo due to a high-profile murder. It turned out that the evicted Mayor Duterte, inspired by his singing stint in a recent Gandang Gabi Vice episode, tried his luck in The Voice of the Philippines. But no one among the judges turned their chairs. Worse, he received an honest to goodness criticism from Bamboo. The rock artist was found dead the next day. But ABS-CBN wouldn’t want any of this scandalous murder get mainstream attention. Management simply thought of replacing the fallen rocker with a “kalokalike“.

Kuya then introduces a guest candidate: JV Ejército, much to Estrada’s chagrin. In the ensuing days, the half-brothers rivalry heated up to unbearable proportions. They ended up in a nasty brawl, but Estrada’s penguin-like frame was simply no match to his younger half-bro’s Wilson-Fisk-like frame. He ended up in a bloody pulp, resulting in Ejército’s immediate eviction. Estrada then garnered sympathy votes from sympathetic and teary eyed fans.

In the ensuing months, tasks here and there decided the fate of the remaining presidentiables. But the final eviction night will see only two candidates: Roxas and Estrada. But because of the sympathy garnered by Estrada from the butt whoopin’ he received from his half-bro, Planet Pinoy will opt for hin instead of “Mr. Palengke”.

And so we have a winner!

Unfortunately, President Jinggoy Estrada will remain on house arrest because of his ongoing pork barrel case. He will thus hold office at the PBB house until 2022.

So may the MTRCB have mercy upon the weary Pinoy televiewers by leaving Pinoy Big Brother (PBB) alone! Don’t they realize that this hugely popular reality TV program is the people’s nightly lotus? For all intents and purposes, PBB provides our weary Pinoy lotus-eaters a peaceful apathy that they deserve after a day’s toil which in turn produces the same income tax that feeds the very same government agency that harasses them.

The Indio is the enemy of the Filipino

This modern concept of the Indio being flogged by a Spanish friar under the hot tropical sun is what keeps the motor of hispanophobia running. There is no more need to expound what an indio means; simply put, indio is a Spanish word for “native”. The so-called “insulares” or Spaniards who were born in Filipinas were the first Filipinos. Through time, however, hispanization further blurred this. Indios/natives who were Christianized, who started learning and talking in Spanish, and who imbibed the culture from the West began referring to themselves not as indios but Filipinos as well. And this posed not a problem to the insular. As a matter of fact, the insular never considered themselves as “Spaniards” in the strictest sense of the word. They, as well as the Hispanized indios, simply referred to themselves as FILIPINOS. Filipinas is where they were born and where they grew up (patria chica).

To continue, those indios —whether they belonged to the Tagálog race, Ilocano race, Bicolano race, etc.— who were Hispanized in effect lost their “indio” identity (but not completely, of course) when they assimilated themselves to an influx of cultural dissemination coming from the West. There is nothing wrong with this. During those days, it was perfectly normal, as the influx of a foreign culture had no hint of any personal profit and even promoted cultural osmosis in the local scene (contrary to popular belief, Spain NEVER became rich when they founded and colonized our archipelago).

To Hispanize, therefore, is to Filipinize. And to put it more bluntly, our “Spanishness” is what makes us Filipino, not our “indio” identity (which is merely a substrate). If we take away our indio identity in us, our Hispanic identity will still continue to flourish. But if we take away our Spanishness, we will go back to becoming savages, and go back to the mountains as “cimarrones“.

Take for example Cali Pulaco, popularly known today as “Lapu-lapu”. This fellow, an indio ruler from Mactán, virtually resisted change. His neighbor, Rajáh Humabon, did not. Humabon accepted change, was baptized into the Christian faith, and received a Christian name: Carlos (named after then Spanish King Carlos I). Remember that culture is not static, should never be static. His men accepted the Santo Niño (and the icon’s culture) as part of their own. Those who were baptized with him died as Christians; Lapu-lapu and his people died as heathens.

And even up to now, Cebuanos celebrate the feast of the Santo Niño with frenzied fervor. Because the Santo Niño has become part of them as Cebuanos, and part of us as Filipinos.

During the Spanish times, there were many other ethnic groups who resisted change — the Ifugáos up north, the Aetas of the mountains, the Mañguianes of Mindoro, the Muslims of the south, etc. And because they resisted change, they missed the opportunity to become “one of us”. Technically, they are not Filipinos. They are only Filipinos by citizenship. But in a socio- and historico-cultural sense, they are not. And look at them now: no disrespect, but they look pathetic and backward because they resisted change. The mountain tribes of the Cordilleras still wage against one another. The Aetas continue to be forest dwellers. The Muslims still raid and kidnap Christians for a ransom and to have their turfs seceded from Filipinas. Etc etc etc. Because, then as now, their culture remains static. They still remain as INDIO as ever before.

Let us accept the fact that our Spanish past is what made us Filipinos in the first place. it is this identity which removed us from the backwardness of a static culture that refused to accept change. Let us accept that we are Filipinos because we are Christians (Catholic), we use cubiertos whenever we eat, we STILL SPEAK Spanish (uno, dos, tres, lunes, martes, miércoles, enero, febrero, marzo, silla, mesa, ventana, polo, pantalón, camisa, etc etc etc.), we eat adobo and pochero, we have Spanish names, we practice and value “amor propio“, “delicadeza“, “palabra de honor“, our town fiestas are the most festive and lavish in the whole world, we enjoy the “tiangues” of Divisoria, etc.

Originally published here, with slight edits. Special thanks to Arnaldo Arnáiz for the title which was actually a catchy notion that he conceptualized when we were still office mates a few years back.